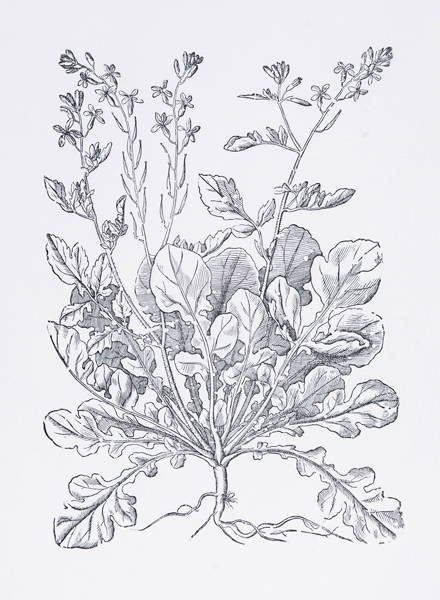 ‘…the only surviving representatives of the great folio of woodcut scientific blocks of the mid-16th century. The Mattioli blocks were the culmination of technical virtuosity in botanical woodblock design.’

Mattioli was born in Siena in 1501 and became a physician to Archduke Ferdinand and later the Emperor Maximilian II. He died of the plague in 1577.

His celebrated Herbal, inspired by the writings of the first century Greek physician and botanist Pedanius Dioscorides, established him as an international authority on species that revolutionized European medicine, culture and trade. The publication ran to 45 editions and sold more than 32,000 copies.

The woodblocks are the only surviving examples from the great folio woodcut scientific books of the mid 16th century. They are acknowledged as the finest, and latest, examples of botanical woodblock prints. In the 1580s engraving on metal replaced wood as the preferred printing medium.

The woodblocks published in the Alecto edition are taken from the collection of over 100 of the woodblocks which, remarkably, were rediscovered and bought by the French botanist Henri Louis Duhamel du Monceau (1700 – 82) in the 18th century. The collection was the subject of an exhibition and catalogue published by Hazlitt Gooden & Fox and Bernard Quaritch, both of London, and Antiquariaat Junk, Amsterdam in 1989.

The edition was printed by Ian Mortimer of IM Imprimit on hand-made paper, specially made for the edition by Meirat in Madrid, Spain, and published in an edition of 50 copies numbered PP 1/50 – PP 50/50. Paper size: 275 x 330 mm.