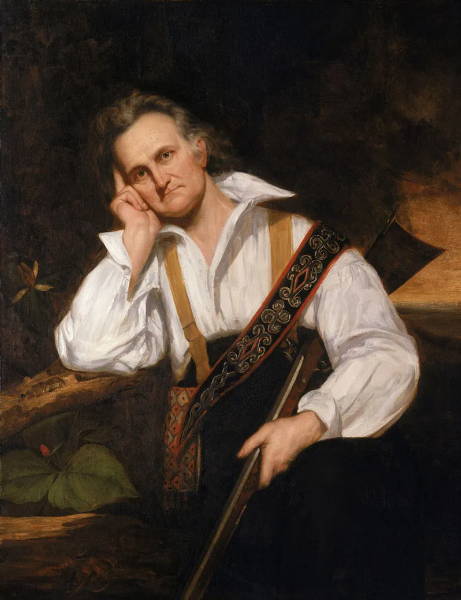 Published in 1985 by Alecto Historical Editions, in association with the American Museum of Natural History, to celebrate the bi-centenary of Audubon’s birth.

Printed in colours à la poupée, they are the first impressions to be taken from the original plates since Audubon’s own day. The edition of 125 porfolios was fully subscribed. This portfolio is one of the fourteen Hors commerce sets which were reserved for the publishers.

‘…these new impressions could well be judged to be a finer representation of [Audubon’s] original intentions than any produced during his lifetime.’

John James Audubon was born in Haiti in 1785, the illegitimate son of the French sea captain Jean Audubon. When his mother died early, Audubon was formally adopted by his father and brought to Nantes in France, where he first discovered his life-long passion for birds, and his ability to draw them.

In 1803, aged eighteen, probably to avoid conscription in Napoleon's fast-growing armies, Audubon sailed for Philadelphia to manage an estate acquired by his father, where, to his delight, were birds of all sorts that he had never seen before. Here he also met and married Lucy Bakewell.

After their marriage in 1808, the young couple moved west to take up various commercial ventures in Kentucky and Ohio. None were successful. To Audubon, the irksome practicalities of business were no match for the lure of virgin countryside where birds were abundant. Lack of business acumen led to insolvency, followed by jail for debt and finally bankruptcy in 1819.

It was then that Audubon decided to fully embrace his passion, embarking on the seemingly unattainable project of seeking out and cataloguing every species of bird throughout the land, which would occupy him for the next twenty years. Moreover, he planned to illustrate his findings and print them in full colour on Double Elephant paper, the largest format of paper available at the time.

When Audubon embarked on his epic venture in 1819, he was a passable but not outstanding artist with only a rudimentary knowledge of ornithology. He had neither the position nor the wealth required to commission expensive engravers to copy his work, let alone printers to multiply impressions from such vast plates for publication. Nevertheless, leaving Lucy to fend for herself and their two sons, Audubon set off down the Mississippi to follow the seasonal migrations of his quarry with his pastels, his watercolors, and his gun.

By this time he had perfected a technique of wiring the specimens he collected into lifelike postures: these he fixed upon a gridded board so that he could draw them facsimile onto equivalently gridded paper. By the spring of 1826, with a large quantity of finished paintings—and with Lucy's meagre savings—Audubon set sail for England in search of both patron and printer.

Startled by the unexpected quality of these works from across the Atlantic, many British savants and connoisseurs quickly recognized the American's talents, and Audubon became something of a celebrity. Nevertheless, no backer materialized, and in the boldest gesture of all, a confident but penurious Audubon broadcast a prospectus committing himself to the publication of 400 engravings to be issued to subscribers in parts, five plates apiece.

Unfortunately, his initial collaboration with engraver William Home Lizars, who produced a few of the first two parts (including Wild Turkey, male, which became Plate I of the entire project), had to be severed. But the irrepressible Audubon soon found in the Robert Havells, Senior and Junior, capable hands to take on the formidable labour of converting his huge paintings into printed pages in London, leading to a fruitful collaboration with these skilled artist-technicians, using a combination of line engraving and aquatint.

Nevertheless, at this early stage, only half the paintings had been completed and there was still a great deal more of North America to be covered. Three times Audubon returned to scour the landscape for birdlife, ceaselessly hunting and drawing to fulfil his ambition and to keep his printers fully occupied during the years that followed. Audubon had thus to master the art of being in two places at once. The work in London could not progress without a constant supply of watercolours from America ; while it would grind to a halt also if the flow of subscriptions petered out in Europe - vital funds which he alone had the tenacity to collect. Somehow Audubon managed to keep the momentum going, later ably assisted by his son Victor as his London agent, and the total of 435 engravings was completed at last on June 20th, 1838, to great success on both sides of the Atlantic.

The 19th century edition of Birds of America is the most famous, and valuable, ornithological book in the world. A copy sold at Sotheby’s in 2019 for $6.6m (£5m)

After Audubon’s death his widow Lucy fell on hard times and was obliged to sell the original watercolours. Her attempt to sell the copper plates met with only one offer – from the Ansonia Brass and Copper Company of Connecticut, whose President, William E. Dodge, was a trustee of the American Museum of Natural History. The story goes that the fourteen year old son of the Foundry manager saw the priceless copper plates being consigned to the furnace and alerted his mother, but fewer than a fifth of the 435 plates were saved.

‘"Many experts are judging the new edition to be superior to Havell is original prints… Finally, if only in part, (Audubon's) vision of a reissue is being fulfilled. “

To celebrate the bi-centenary of Audubon’s birth. Alecto was invited by the American Museum of Natural History to print and publish a new edition from six of the twelve plates which had been given to the museum by Mr Dodge. Printed in colours à la poupée, they are the first impressions to be taken from the original plates since Audubon’s own day, carried out to the same exacting standards that he himself demanded of Robert Havell.

Click here to download a transcript of the subject descriptions from the four title pages of the complete edition.